Case Study: Alberta Group’s day away from the office

Alberta Group is as awesome as they are talented in keeping us safe, and that element of safety is extended from their products and services to their own team. They invest in their staff as much as they do their equipment, keeping teams entertained with biannual staff parties, weekly ‘każinata’ nights, health awareness days, and other social events.

One fine, warm, summer day, we got the team rolling in laughter and having heaps of fun while at the same time achieving some amazing goals.

The client’s brief: organise a team building event which gives employees a break from the office and the opportunity to let off some steam. What did they set out to achieve? Team cohesiveness, spur communication, getting to know people from different departments, improved team inclusion especially with the new foreign members of the team, making everyone feel involved and ultimately promoting individual commitment to a group effort, i.e. teamwork

Participants were grouped into teams of 8-10 people. Each team participated in a series of games, including the three-legged egg race, the inheritance relay and the pram race together with water games, football and tug of war. There was something for everyone, irrespective of their age or ability!

We then ended the day with a chilled BBQ by the sea, a chance for them to unwind, get back into their ‘safe zone’ and laugh about the days’ events with colleagues, whilst enjoying some tasty food and a cold drink.

Once the over-enthusiastic team members’ sore muscles had been nursed, the laughter settled, and everyone was back at the office, we asked Alberta to list the outcome and impact this event had on their team:

“Jugs are very creative, organised, and have extremely good coordination. They have a charismatic team who are not only professional but also friendly and fun to work with. There were many team members on the day of the event and the JUGS team managed a group of more than 250 employees very well. The games were mixed, appealing to different characters and physical abilities – whether active or non-active, everyone could participate in their own way. It was a long day but the Jugs team was hyped throughout and kept everyone in an energetic mood. After the activities,we moved to a set-up on the beach with mats, cushions and low tables – the perfect ending to a long day! This was also set up by them and we were very happy with the outcome. We’ll definitely be working with JUGS again due to such a successful result and positive feedback from all our employees.” – Deborah Azzopardi | HR Executive, Alberta Group

Our Whacky Olympics are a blast. If this is just what your team needs, give us a shout today. 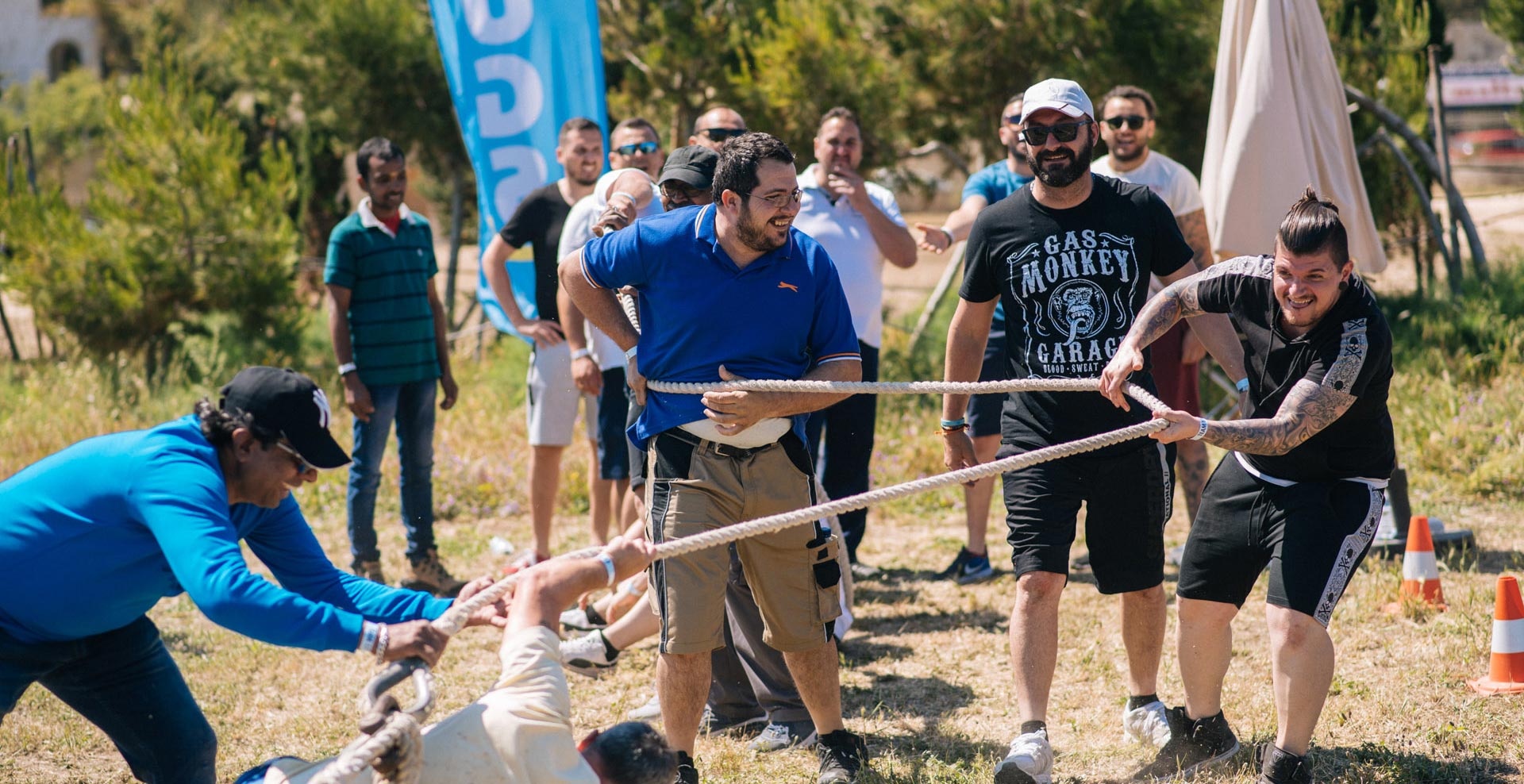 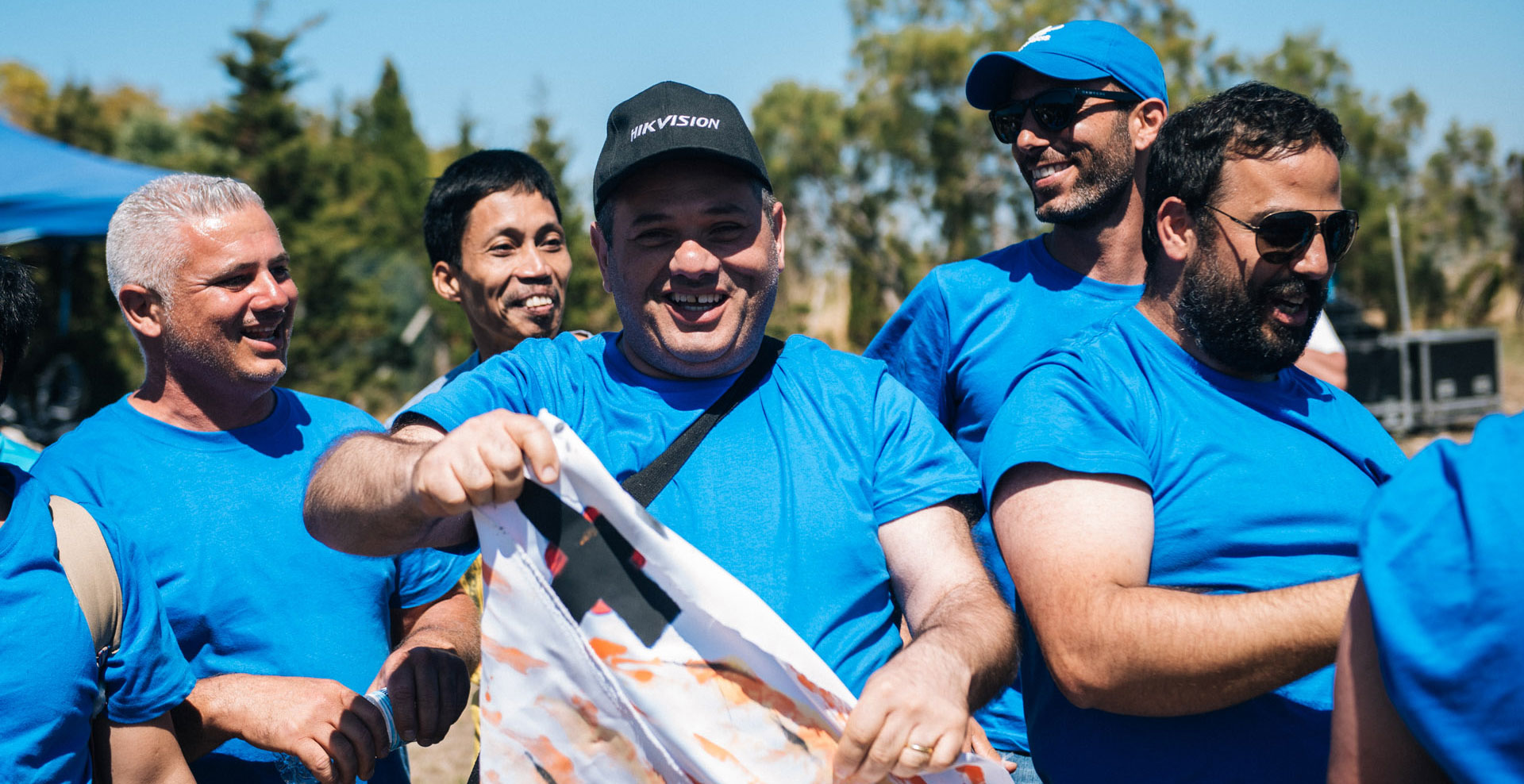 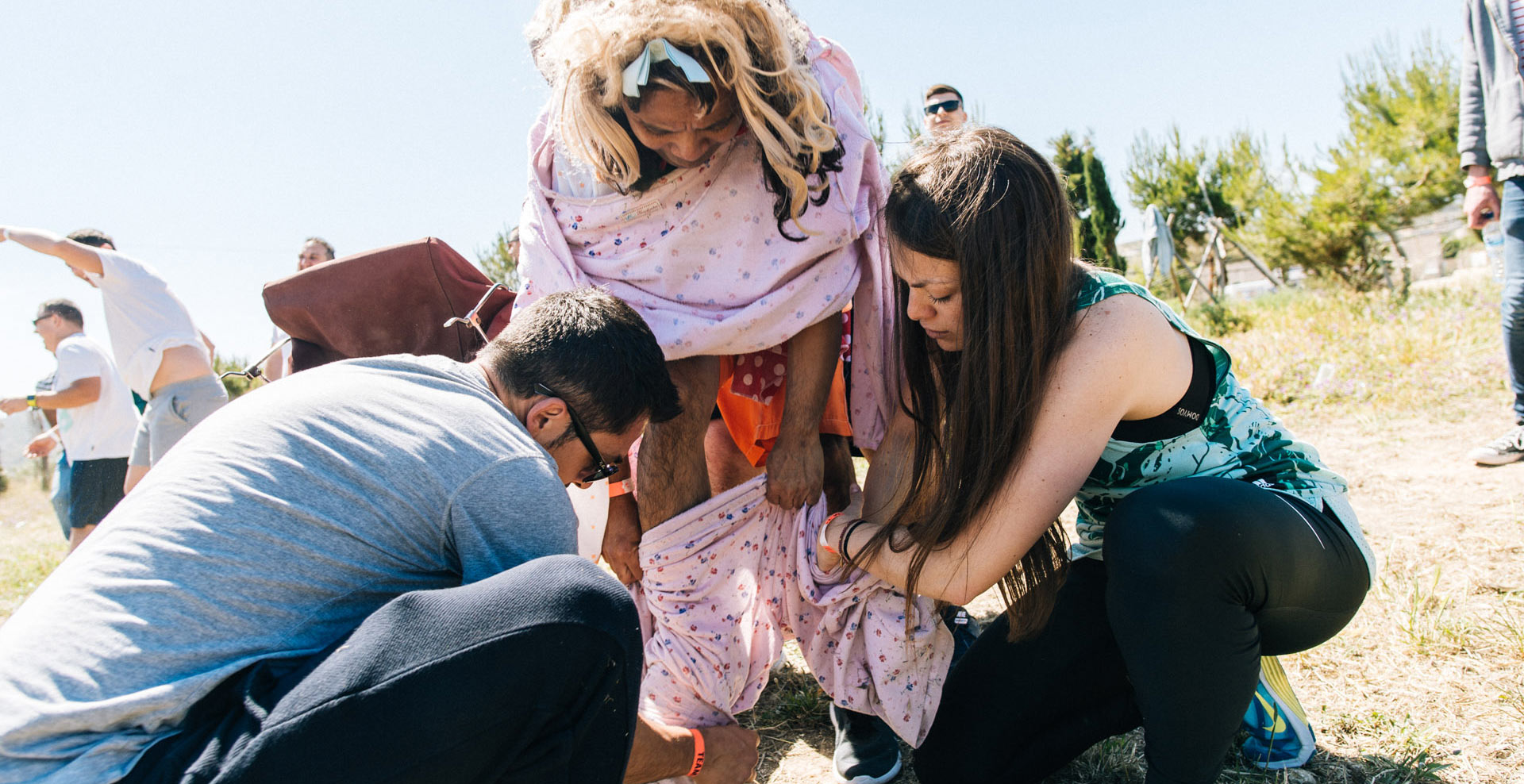 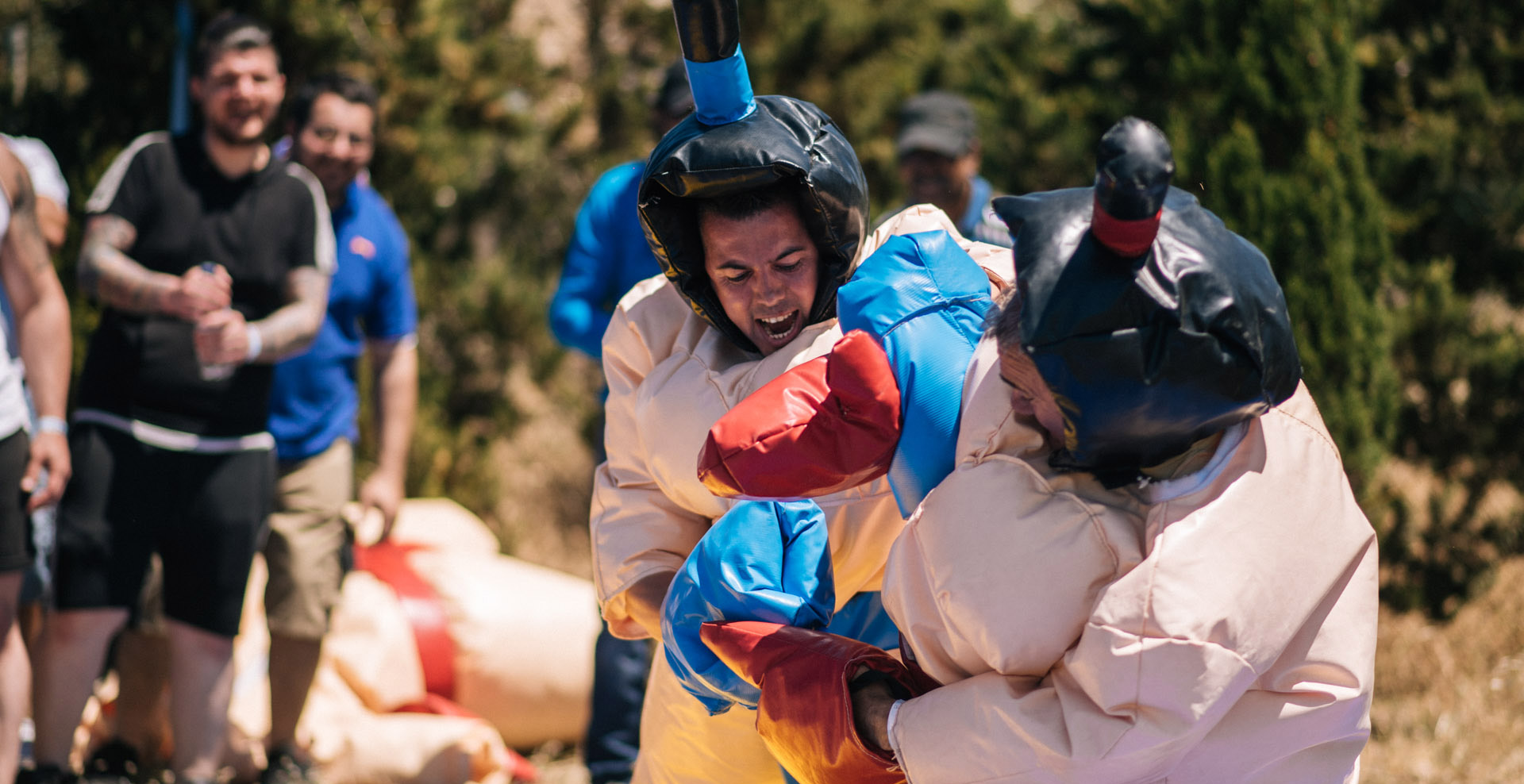 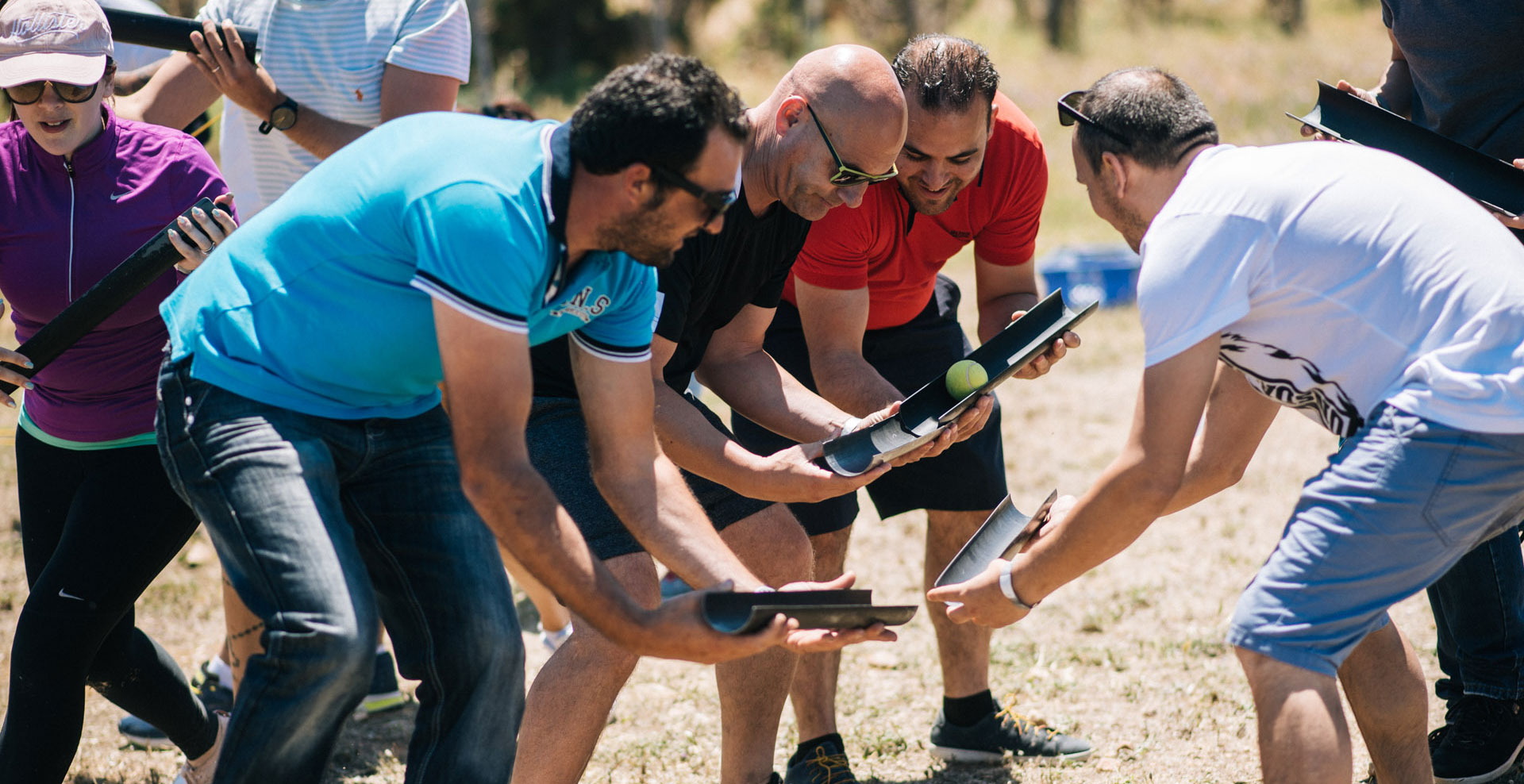 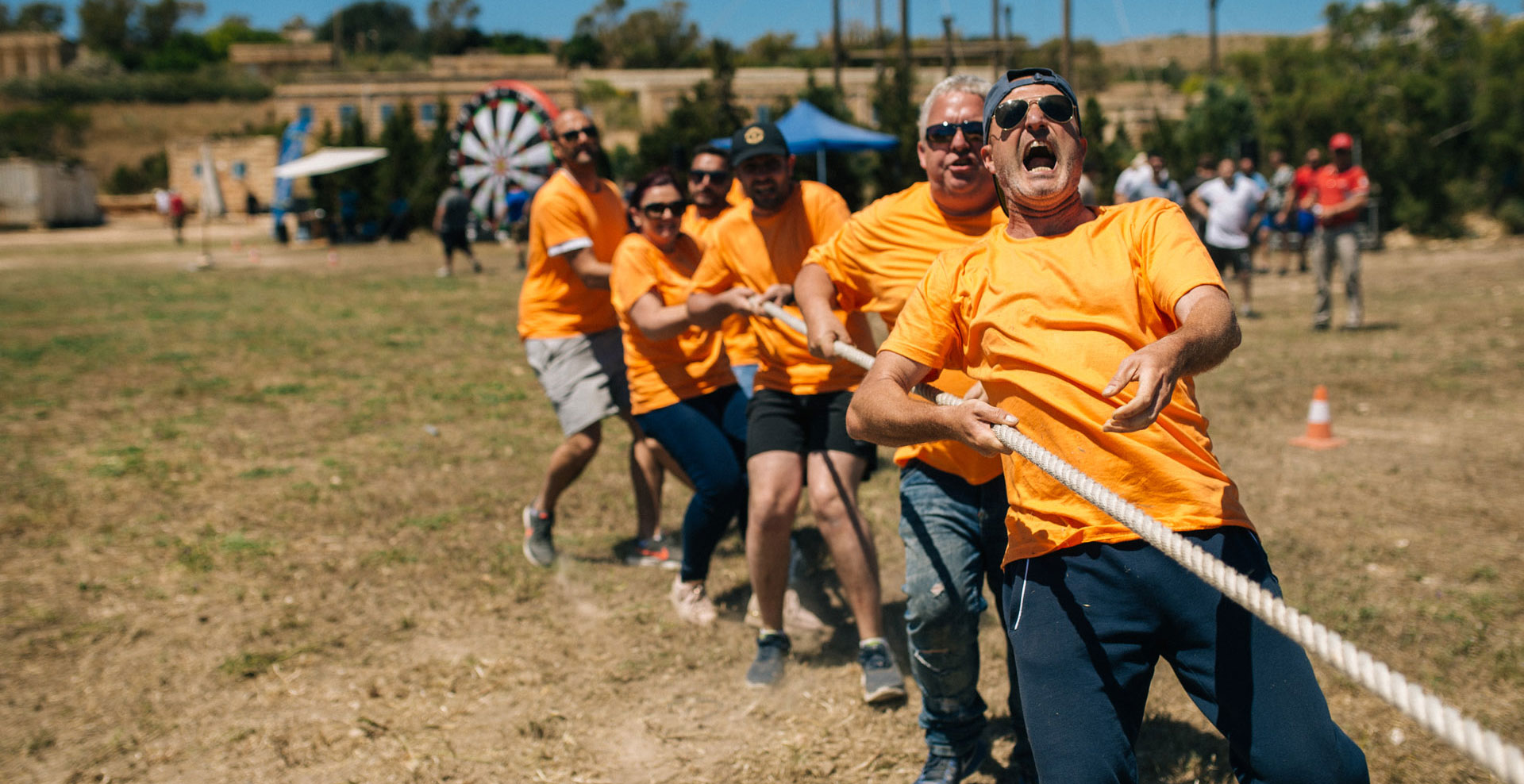 Case Study: BLM’s 10th Anniversary Conference at the historical Teatru Ma...
Scroll to top
We use cookies on our website to give you the most relevant experience by remembering your preferences and repeat visits. By clicking “Accept All”, you consent to the use of ALL the cookies. However, you may visit "Cookie Settings" to provide a controlled consent.
Cookie SettingsAccept All
Manage consent

This website uses cookies to improve your experience while you navigate through the website. Out of these, the cookies that are categorized as necessary are stored on your browser as they are essential for the working of basic functionalities of the website. We also use third-party cookies that help us analyze and understand how you use this website. These cookies will be stored in your browser only with your consent. You also have the option to opt-out of these cookies. But opting out of some of these cookies may affect your browsing experience.
Necessary Always Enabled
Necessary cookies are absolutely essential for the website to function properly. These cookies ensure basic functionalities and security features of the website, anonymously.
Functional
Functional cookies help to perform certain functionalities like sharing the content of the website on social media platforms, collect feedbacks, and other third-party features.
Performance
Performance cookies are used to understand and analyze the key performance indexes of the website which helps in delivering a better user experience for the visitors.
Analytics
Analytical cookies are used to understand how visitors interact with the website. These cookies help provide information on metrics the number of visitors, bounce rate, traffic source, etc.
Advertisement
Advertisement cookies are used to provide visitors with relevant ads and marketing campaigns. These cookies track visitors across websites and collect information to provide customized ads.
Others
Other uncategorized cookies are those that are being analyzed and have not been classified into a category as yet.
SAVE & ACCEPT